Day 7: Can't Believe It's Been a Week Already!

Seven days ago today, we walked into a little office where I sat anxiously as I waited for my son to come in. As I sat there, I wondered if he would love us like we love him. I had prepared my heart as much as I could that he might not be ready to receive all of the affection I had to offer. I sat back with tears in my eyes as he entered the room. As difficult as it was, I just sat there and took everything in. I wanted to jump up and wrap him in my arms right away, but I was afraid that I would scare him. So I sat for what seemed like an eternity, but after watching the movie play back, only amounted to a minute or so. When I finally got up to get him, it was a magical moment. You could hear my voice shaking and cracking and my body was shaking all over. I was nervous and excited all at once. Then the magic happened. He smiled at me for the first time. I swear, that was one of the single most wonderful moments of my entire life. He  flashed me a smile that God knew that I needed to see and he has not stopped since. Everyday I go to pick him up, he smiles at me with the smile of an angel.

Today when we went to pick him up, we were met with a prescription from the doctor. She had been there to see him and written him a prescription for four medications! We went to the pharmacy to get them for him even though we have no idea what they were. We just hope that they make him feel better. He is such a little trooper. Even when he is really sick, he still smiles and laughs for us.

So far, just about every experience we have had here has been positive. There are some things though that have broken my heart. Today was one of those days where I walked away in tears. They were not just quiet tears. They were run to the bathroom when you get home and sob, tears. My heart was absolutely torn in two. I honestly don't think I will ever be quite the same again. Because I chose to keep my blog public while we are in country, I am not at liberty to write about some things, this being one of them. I will, however blog about it when we get home and Quinton is safe and sound because I think that everyone needs to know about it.

Quinton was not feeling the best today, but we still managed to get a few good pictures :) 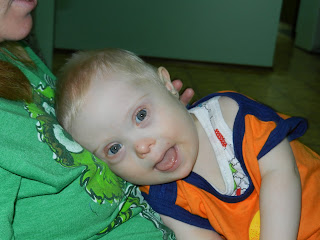 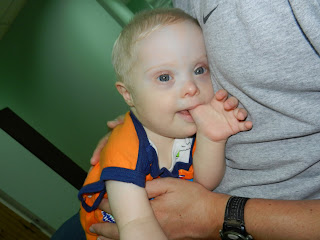 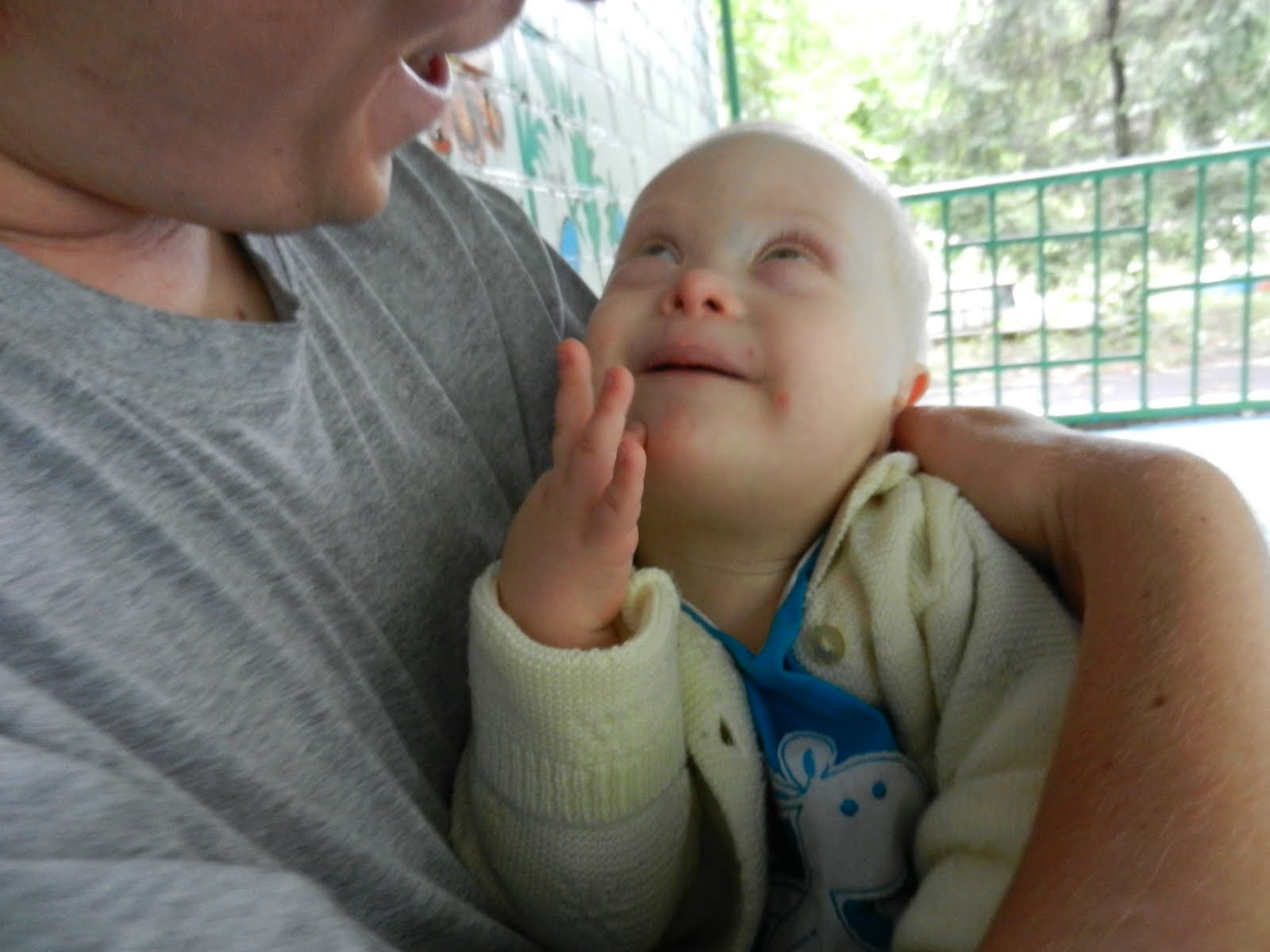 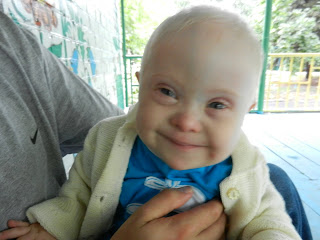 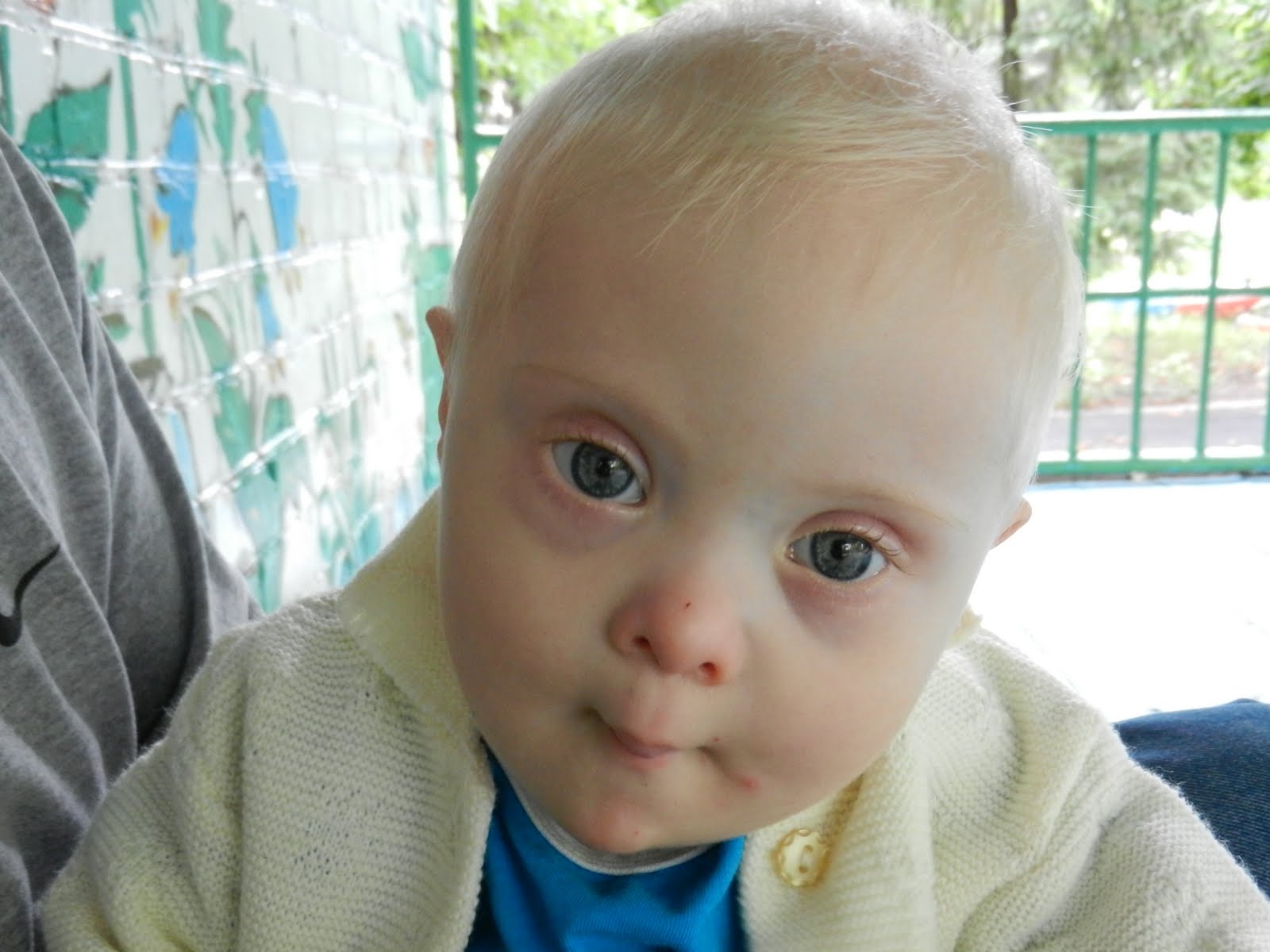 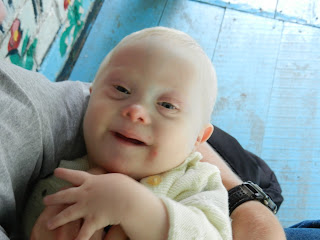 Ahhhh! I almost forgot the best part of the day. Quinton reached for me today! We have been trying to teach him that if he reaches for us, we will pick him up. He is not used to anyone fulfilling his needs when he cries or reaches, so he pretty much just doesn't do it. Today when he reached his arms out for me I squealed! He reached for Brian too. We passed him back and forth several times and clapped and cheered for his new "trick". Love him bunches!
Posted by Carol Miller at 12:15 PM