How I Won $100 and Other Eastern European Adventures

Yesterday on the way "home" from our evening visit with Quinton, Brian bet me $100 that I would not bleat at a goat while his goat keeper was standing right there. (I should note that if you have never been here, stray dogs and goats roam (and do their business) everywhere.) I am generally very shy so Brian thought there was not way I would do it. So I walked by and completely caught Brian off guard by bleating right at the goat. We both died laughing. I think people laugh and snicker at us a lot so I didn't really care. Too bad I won't actually keep and spend the $100.

Yesterday we met a young lady who is studying English in school. She wanted to practice with some Americans so we agreed to meet her. We mostly just hung out and made great use of her Russian-English dictionary. Today though, was much more adventurous. We walked about 25 minutes down the road (much farther than we had walked before) to a restaurant where she helped us order some lunch. We ordered some dishes and then the waitress came back and told us we could not eat what we had ordered. She said that her chef was cooking for a party and they would only serve us salads. So, the young lady called her mother and told her about it (We had no idea she was telling her mother this because we don't understand a lick of Russian). Her mother, a local surgeon, called up the restaurant and asked to speak to someone and the next thing we know we had some beautiful and authentic food brought out to our table. We were served an amazing platter of fruit with oranges, kiwi, apples, and bananas. I felt like I was in heaven because the produce at the local market looks terrible so as far as fruits and vegetables are concerned, we have had canned corn, peaches, and pineapple. After the fruit tray we were brought out a beef dish in something like a wok. The beef had lots of herbs on top of it and it was cooking on top of some wood chips. It was sooooo yummy, probably the best food we have had since we have been here. 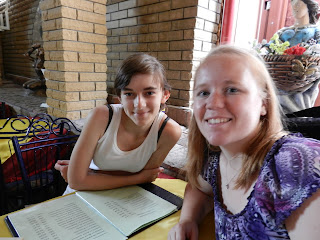 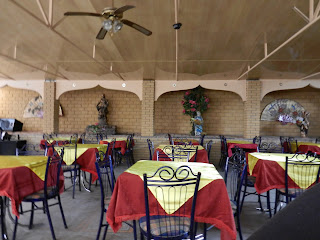 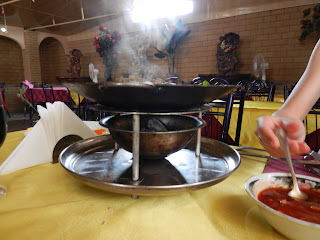 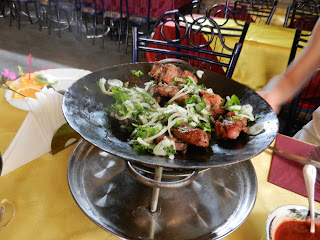 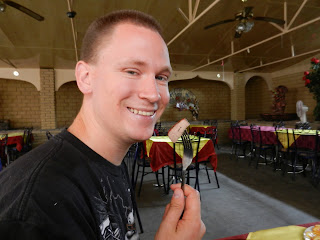 After lunch we asked her if there was a place that Brian could get his hair cut. I usually cut his hair at least every 3 weeks at home, so it was getting a little shabby. She took us to a salon and it only cost about $3.50. It was really funny because she pulled out the clippers and we tried to communicate that he wanted it really short. She pulled out one attachment and started cutting. It didn't do anything because his hair was already that short. Brian gestured for her to use the one that looks like the one we use at home and she got a funny look on her face like "are you sure?". She did not use that one, she again tried one in between the 2 sizes and cut through a section in his hair. This time when we told her "really short" she just shrugged her shoulders and went with it. We gave her a thumbs up and everyone in the salon giggled. It looked really good, but apparently men her do not get their hair cut like that. It was pretty amusing. 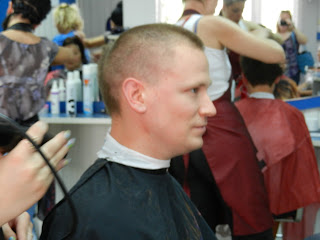 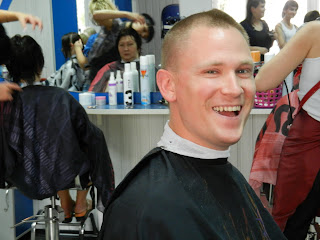 I don't have a picture of when it was finished but you can see it in some of the afternoon pics with Quinton.
After the haircut, we spotted some tents where local set up and sell things, so we decided to browse. It was really neat. I enjoy things like that and it was a break from the monotony. Before we knew it, it was time to go back to the house and let Brian get a quick shower before heading off to our afternoon visit with Quinton. He was in such a good mood this morning and we got to skype with our families this afternoon. They were pretty excited to see him. Skype is wonderful and we are so thankful for it, but we cannot wait to get him home where they can hug and kiss his sweet face in person. 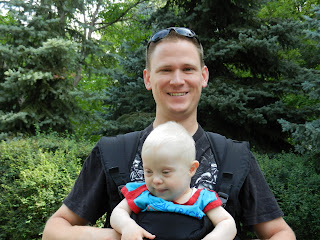 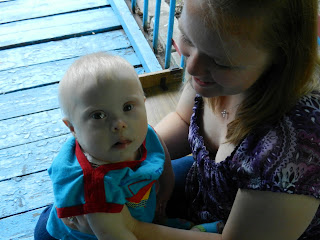 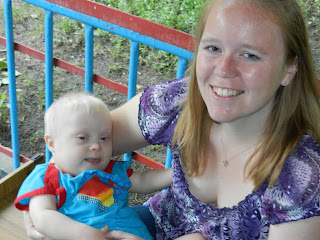 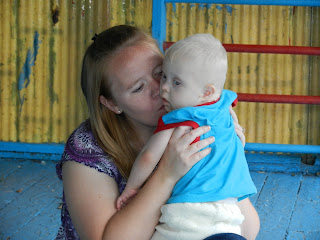 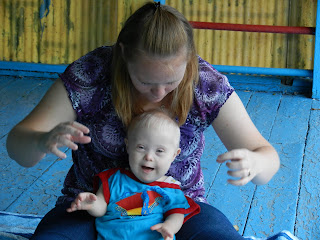 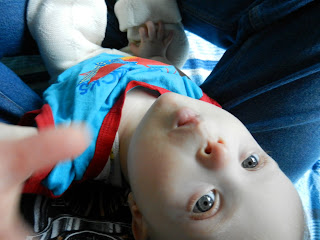 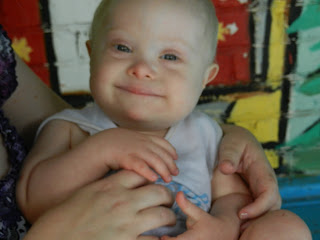 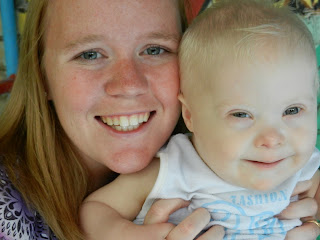 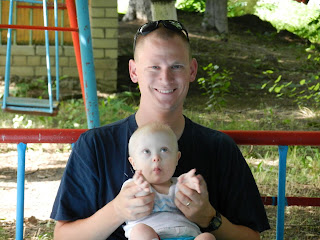 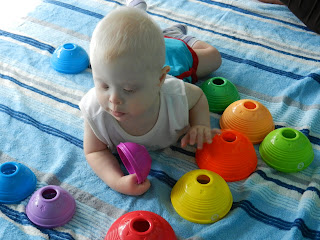 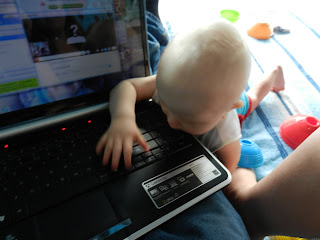 This is what happens when  you try and skype with a busy and very curious little boy :)
If you don't mind, please say a quick prayer for the Williams family. They are the whole reason we found Quinton. Traci is leaving tomorrow I believe to go bust her little girl out of her orphanage! They will be having "gotcha day" the same day we have court. Traci does not love to fly and she hates leaving her kids at home (especially Ashlyn who has down syndrome as well and doesn't understand why her mommy is gone). Thanks a bunch!