What's In A Name?

I had someone ask in one of the comments if we ever announced Quinton's middle name. I honestly don't remember if we did on the blog or not, but we did on facebook. Sorry-I forget sometimes that we have different readers on different networks. So as most of you know, in the end we decided on the name Quinton Jonathan Miller, but I don't believe I have told the story of how we came about it.

First things first. The name Quinton came from Reece's Rainbow. The children on this site are listed with alias names. We did not realize this until we were already several steps into the process. We came to know him a Quinton and the name just stuck so we kept it. I'ts cute and the nicknames that went with it were too hard to give up.

The hard part for us was picking out a middle name. We had toyed around with Alexander, but we found out that it is a Ukrainian tradition to give each son a patriarchal name. The do this by using the father's first name followed by "ovich" (I think). We found out that Quinton's birth father's name was Alexander and we were not to fond of keeping his father's name since  he decided to give him away (thanks Mr.-your loss, our gain).  We asked for suggestions from friends for fun and got lots of great suggestions. We thought that we had plenty of time to decide, but we were wrong. We were riding in the car and Marina said "ok, I need to know the child's new name." Hmmm...we had about 5 minutes to decide. Brian pulled out his phone that had an app on it about names and meanings. I told him that I had remembered someone suggesting a name that meant "gift from God" which was perfect. He looked it up and both Matthew and Jonathan had the same meaning. So, we said it over and over again and I still could not decide so I left it up to Brian and he chose Jonathan. Just in case you missed it, later we played a joke on facebook. We explained the Ukrainian tradition and announced his name as Quinton Brianovich Miller just for laughs. (If you don't know-Brian is my husband's name). We got a few good laughs. I also toyed with the idea of announcing him as Quinton Oneless Miller (for one less orphan) and Quinton Minusone Miller (for 147 million orphans-minus one). I wanted to do them all, but in the end we went with Brianovich just because it was the most believable.

The last name was a given :)

So there you have it: Quinton Jonathan Miller

Everyday with Quinton gets a little bit better. We are learning more and more about him all the time. I am hoping that soon we will start to recognize what his signals are: when his little grunts mean his tummy hurts or when they mean he is frustrated or hungry, when his cries mean he is scared or when he just needs to be loved on or....when he is just being a booger. I am pretty sure we had a lot of the latter going on today ;) One of the toughest things is figuring out where to draw the line. He is starting to fuss more and more when he wants us or if he is not sitting facing the way he wants, or if he wants something he has dropped. I am so tempted to give into it all because for so long he has been without. I want him to know that we are here for him, but I know he will have to learn that he cannot have everything he wants. Right now we are not giving him lots of "things" we are just showering him with attention and love and I think it is making him rotten LOL!

Tonight Quinton fell asleep in my arms. Brian came in and asked me if I wanted him to lay Quinton in the crib and I told him not yet. I rocked him in my arms for what seemed like forever until my arms burned and then I sat down with  him in my lap and just thanked God for my precious little boy, for Quinton Jonathan Miller-my gift from God-my match made in heaven :) 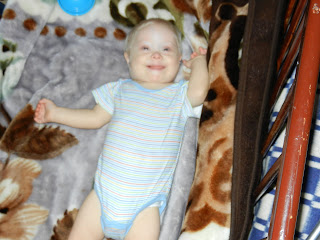 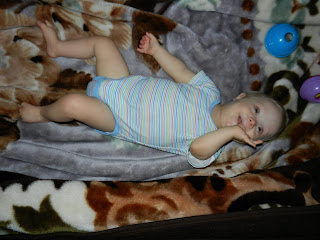 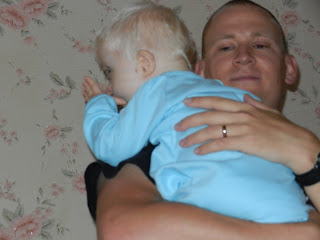 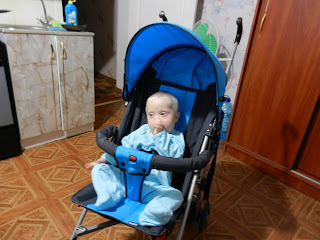 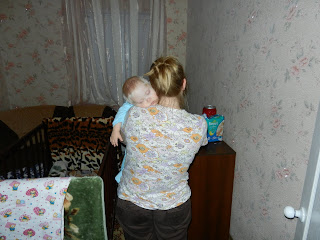 We have tickets on the overnight train from Quinton's region to the capital. We are working on booking flights for Thursday of next week. If we get the flight we want, we will be in Charlotte at 3:25 pm! Yay!
Posted by Carol Miller at 12:10 PM